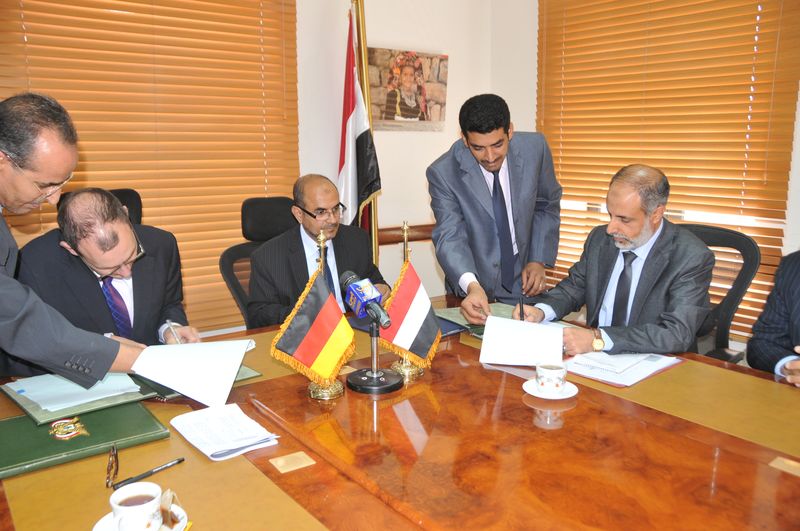 The Social Fund for Development Signed in May 20, 2014 an agreement for a grant of 10 million Euros with the German Development Bank (KfW), to support the labor-intensive works program (LIWP) for the implementation of rural development projects and job creation .

The Cash for Work Program provides jobs for the poor to contribute to the development of local infrastructure and individuals' productive assets such as the rehabilitation of agricultural terraces, conservation of soil from erosion, creation of and restoration of irrigation channels in addition to other development projects such as rural roads, rainwater harvesting tanks and others.

Impact evaluations found that the Cash-for-work LIWP program has proven to have positive impacts in increasing the number of f temporary work days in addition to the involvement of women as labor for project implementation and other benefits, such as the ability of households to repay debt, and increased consumption of calories, and the provision of infrastructure of benefit to poor communities