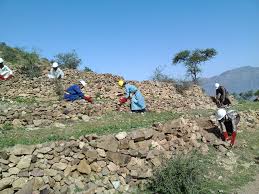 On 19 July, the World Bank issued the below press release:

The World Bank’s Board of Executive Directors approved today a US$50 million emergency project to support Yemeni households and communities hard hit by the ongoing crisis. The grant is part of a new World Bank Group strategy for Yemen, also endorsed today by the Board of Executive Directors, focused on enhancing Yemen’s resilience by preserving national service delivery capacity, while preparing for post conflict recovery.

The new approach to Yemen over the next 24 months, outlined in the 2017-2018 Country Engagement Note (CEN), is guided by the World Bank’s regional strategy of addressing both the impact and drivers of conflict, to promote stability as the necessary condition for recovery and reconstruction. The Bank’s goal in Yemen is to work with partners on the ground to preserve the basic services that millions of Yemenis rely on, by ensuring the resilience of the institutions that deliver them.  The Emergency Crisis Response Project (ECRP) will support two existing and well-established national programs—the Social Fund for Development (SFD) and the Public Works Project (PWP). The CEN also maps out the analytical work and international coordination needed to prepare for an effective recovery effort, to which the Bank will contribute with both its resources and global experience. The short timeline of the new strategy is to maintain the flexibility to respond to changing needs and circumstances in an unpredictable environment.

“The World Bank Group is seeking new ways to support the people of Yemen during the ongoing conflict,” said Asad Alam, World Bank Director for Egypt, Yemen and Djibouti. “In partnership with the UNDP, the emergency project approved today will support local institutions and create over one million working days benefiting close to 60,000 families. 380,000 Yemenis in conflict affected areas will be able to access key basic services such as water and improved roads.”

Over the past twenty years, the PWP and SFD have improved the lives of millions of Yemenis by providing access to basic services and employment. The SFD has created an estimated 70 million person-days of employment through a range of community-based projects, with recent evaluations showing that 70% of its funds have reached the bottom third of the population. Financed by a grant from IDA, the World Bank’s fund for the poorest countries, the project will also support communities hosting internally displaced people, to cope with the added pressure on already scarce resources. Funding from the ECRP will contribute to maintaining the core staff of the PWP and SFD. The project will be implemented in partnership with the United Nations Development Programme (UNDP).

“We have expanded our presence on the ground to meet the scale of the challenges Yemenis are facing,” said Jamie McGoldrick, UN Resident Coordinator, Humanitarian Coordinator and UNDP Resident Representative. “Through our enhanced partnership with the World Bank we will be able to help facilitate the protection and expansion of critical service delivery programs and institutions across the country.”

The two ongoing Bank-funded health projects have been managed under partnerships with the UN’s Children’s Fund and the World Health Organization. In the last few months, the national polio campaigns supported by the project reached around 1.5 million Yemeni children under five years old representing about 30 percent of the whole target population nationwide.